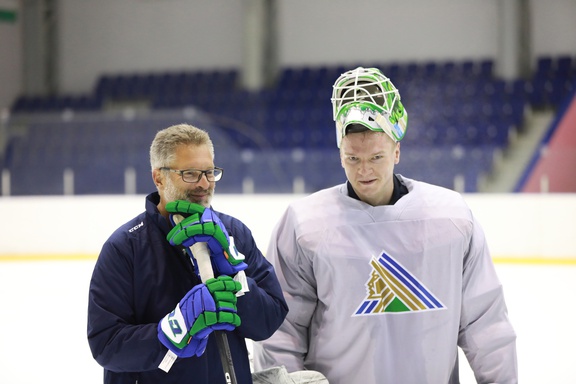 Vincent Riendeau: «I want to make sure that my goalies are fast and ready for the game»

Vincent Riendeau became new goalie coach in the off season in the Salavat Yulaev club.

Canadian specialist came to Ufa recently. In his interview he told us about his flight to Russia, Salavat Yulaev`s goalie team and his style of work.

-Welcome to Ufa! How was your flight?

-That was a taught trip for sure. I went to Frankfurt from Montreal that was 8 hours flight. I had a short connection between flights, so I had to run to be in time for my Moscow flight. I had some time in Moscow, but again it is just stress with papers, passport control course they took me on the side , you never sure. It is been very difficult 2 weeks because since I got my visa, application from Russia it just been terrible. Because all travelling so difficult with all those new rules and you have to get covid tests, HV test and everything is during the day or two. Too be honest I got tired a bit, but I have so many plans and I am ready for work now.

- Did you speak with anyone before signing the contract and moving to Russia?

- Well I played in Russia; I have been in Russia a lot when I was a scout for Montreal. There are only 3 people in Montreal with Russian work permit and I was one of them and I went to Russia a lot. I know Ufa is a good hockey place, good hockey city. I did not anybody really in this organization and it is an opportunity that came up and people trusted me to give me an opportunity to work and it is great honor. I just want to be a part of this successful hockey.

- Was it difficult to take an offer?

-What do you think about our goalie line?

-We have good goalie, they are good people, and they are willing to work, willing to listen. Obviously I watched the video of them, I did not know them personally. Yesterday I had our fist conversation live one to one. It is going to be growing relationship and it is going to be relationship where we must trust each other, because that what the game is all about. You have to respect each other and you go from there. It is going to be up and downs, that are the reality of sport, you know, you play against somebody every night and you not going to win every night, you not going to be perfect every night but you have to come back every day and try to be better. That is the challenge of the game.

- Metsola and Sharychenkov are completely different goalies. How will the training process be structured?

-There is not two human being the same. Even if they the same height, one of them better skater and another one might have better hands and better blocker. There are no goalies who are the same, they may look the same to people, but they are different. In the end of the day it is always the same goal – to stop the puck, but the player has to know his own game and he has to know his own game. In the end of the game the exercises are similar, but what you saying to every goalie are might be very different.

- How important is psychology in the training process?

-Huge part. During the exercises there is always a psychological part. It is confidence. When they start thinking too much they become terrible and then they have to go back to fighting and to knowing what they did well. It is always a balance between techniques and actual competition. It is a daily work with everyone.

-Сan you describe your style of coaching?

-The game is fast, I like to make sure that my goalies as fast as they can be because it is a great game and the reason is why it is great game because it is a quick game, it is not a thinking game. We have to be ready and that is what we work on it every day during the practice – quickness.

Tomi Lamsa: "A very important and great victory"
Ufimki became the third at the pre-season tournament in Sochi.
Salavat Yulaev went to Kazan to take a part in the tournament. 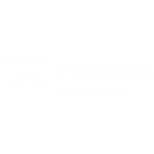